A story from across the Atlantic has really set tongues wagging in the psychic community, starting conversations about just how far people should go in allowing psychics to influence their lives. While most of us would agree that the influence of a psychic is a generally positive thing within many strands of life, this lady from England really took things to another level entirely… 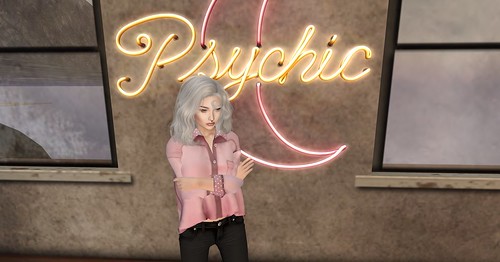 According to the Daily Mirror, Lisa Birt, a 35 year old woman from Weston-Super-Mare, Somerset in the UK, started to see a psychic a number of years ago – something that cost her around $45 a session, a sum that was more than manageable to her. But then things got out of control, and she ended up spending around $4,500 in total on psychics and tarot readers. What’s more, she was letting them dictate every aspect of her life, from relationships through to job decisions.

Some of the many things that Lisa did on what she saw as advice from her psychic included:

Of course, the psychic had never actually told Lisa to do these things though – the problem was that Lisa interpreted everything mentioned by the psychic too literally, acting impulsively to make huge changes without looking further into the psychic’s statements.

Lisa believed in every word her psychic said, never questioning whether her interpretation of the advice was the correct course of action: if the psychic saw travel in her future, she’d immediately head abroad; if there was love on the horizon, she took it as a cue to sign up to multiple dating websites. These actions cost even more money – money that hasn’t been included in the figure of $4,500.

As with most things though, it was love that finally persuaded Lisa that she had a psychic addiction problem. When she met the love of her life, she was petrified that the psychic would hint at her leaving him. This worried her too much, as she couldn’t bear to be without her now husband. So she gave up on psychics entirely, and now hasn’t had a reading for a year. Lisa sums the situation up perfectly when she says: “I still believe in their power, but I believe in my relationship more.”

What This Story Teaches Us

Perhaps it is prudent to think about the whole situation though, and what it really means. The real lesson to learn from Lisa’s story is this: psychics can be a powerful force, creating great opportunities for those who see them (after all, Lisa met her husband after advice from a psychic). But as with everything that’s good, too much can be a bad thing.

Lisa got so caught up in the world of psychics that she forgot what it was really about – getting some assistance with life, not having life taken over by them. The next time you visit a psychic, or call one of the many reputable psychics found online, make sure you listen to everything they have to say and by all means act on it. Just don’t do what Lisa did and take drastic steps without first thinking about whether they are the correct steps to take…

An astrologist psychic who is experienced can tell you what to expect from the upcoming year or few years. People are often enticed to these readings because of the ability of future predictions. Most people are there to hear something they already know, all they require is confirmation. They are sometimes surprised when they are informed of events they did not know about.

Getting A Psychic Reading

Answers to a few simple questions can tell you a lot when given by an astrologer. There are many astrologers doing daily readings on the internet. Their services are offered for a price on astrology reading websites. Many offer the first astrology reading free. Once you have your reading you will determine whether you want to hear more about your future. Astrology seems to be the most popular of the psychic arts. Specific answers can be given. It does not matter what your background is, psychic readings are for anyone. A good psychic astrologer may be able to help you tremendously.

Most individuals return to the same astrology psychic adviser time and again if they are good. You should try speaking with an astrologer today if you feel you need advice about the future.  Here’s a nice Kasamba review from Psychic-Ratings.com if you’re looking for a good astrologer.  You will be able to get insight about your life and yourself. Destiny has brought you to this place and you should find out why.

There are several other types of psychic readings but astrology readings usually deal with specific questions and they tell you about your future. You can find psychic astrologers online if you do your research. They usually have a form on their website that you need to complete. Once you submit your form they will come back to you with a reading.

People that want to know the future often simply call or visit a psychic and get a reading. Psychics are reputed to be able tell people’s past, present, and futures by simply hearing their voice, seeing them, or touching something that they own. Many people dispute psychic abilities and see psychic readings as pseudoscience or straight up frauds. However there are millions of other people that depend on psychic readings to guide their daily lives. Those people say through the help of psychics they are able to get and keep their lives on track.

Psychic readers are seen as engaging in paranormal activity. A number of scientific experiments have been done to either verify or disprove the veracity of psychic readers. While the tests conducted on most psychic seem show they do not have precognitive power, the belief in psychics persists. People believe in the heightened perceptive abilities of these readers, what makes many skeptical is the fact psychic readers charge for their services. The person many people think of when the topic of psychic readers comes up is Ms. Cleo with her Jamaican accent. This makes people think readers are frauds and people to be laughed at.

But the top psychics have a long history and have been well-respected members of the global community for hundreds, even thousands of years. Psychics and shamans are two sides of the same coin. They are both connected to the forces of the universe and can see the past present and future. But while shamans use music, medicine, and magic, psychic readers simply close their eyes and connect to the spirit of the person for whom they are doing the reading. It’s what makes them special. They make chills run up people’s spines as they ask, ‘How could they possibly know that?’

Some people say psychics read social cues and make broad statements. But believers say psychics give them specifics and when they follow their guidance they are happy and successful. Psychics have a variety of tools they can use to perform their readings. Some psychics use Tarot cards, psychometry, Cleromancy, Psychometry, Distant readings, palm reading, Numerology, astrological readings, crystallomancy,
Lithomancy, Rune reading, or aura reading depending on their specialty. When psychic use many of these tools like tarot cards, astrology, and numerology for a reading it doesn’t require psychic ability to do it.